The activity I’ve missed most since top surgery has undoubtedly been swimming.

I am a water baby, in fact I could swim before I could consistently walk, and there is no better intervention for my mental health than getting myself in or under a large amount of water. I’m not picky about temperature – in fact I have a collection of rocks from bodies-of-water-I-threw-myself-into-even-though-it-was-a-really-bad-idea…. including that time when I went swimming in the Barents Sea in December.

This is the Barents Sea: 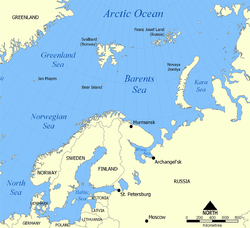 Yep. I did that thing.

Technically I could have gone swimming at any point since the end of January, but I’ve been scared about the potential consequences of going swimming at a public pool if I wore the right swimsuit, and there was no way I wanted to go swimming wearing the wrong one. You see, my particular flavour of trans is not often overtly dangerous in day-to-day spaces, especially the ones I inhabit. That changes drastically in a situation where I am not wearing the clothes that a suspicious stranger might expect me to be wearing, or where my lack of clothing might cause conservative offense. My body is pretty ambiguous, which is the way I like it, but I have no idea what people might think at first glance… or second… or whether anyone would be bothered enough to do something about it, or what would happen if they did.

I took comfort from the fact that my work has, as far as I know, been pretty open about its support for trans and non-binary humans, including bathroom provision, and changing room policies. But that doesn’t mean that everyone at the pool will follow those policies, nor that people won’t disagree and try to stop someone taking advantage of them. So I was scared. But also one of my dearly-beloveds has been sharing pictures of themselves looking radiant and magnificent in gender affirming swimwear, and my body is stiff and achy, and I have missed the water SO much….

So I changed, and I wore a t-shirt to the poolside, and then I took it off and ran the three steps into the water, and I swam… and I giggled and cried a little bit under the water… and then I came out and I put my t-shirt back on and I took a sauna and it was… fine. No-body paid me any attention, or if they did nothing happened because of it. After the initial adrenaline rush it felt just like going for a swim, and I could concentrate on breathing, and getting back to being fit and fluid in the water again. I’m glad I went, and I feel good about going back.

It was everything I wanted.